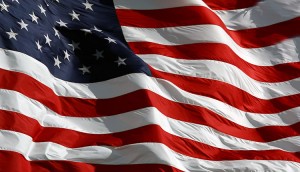 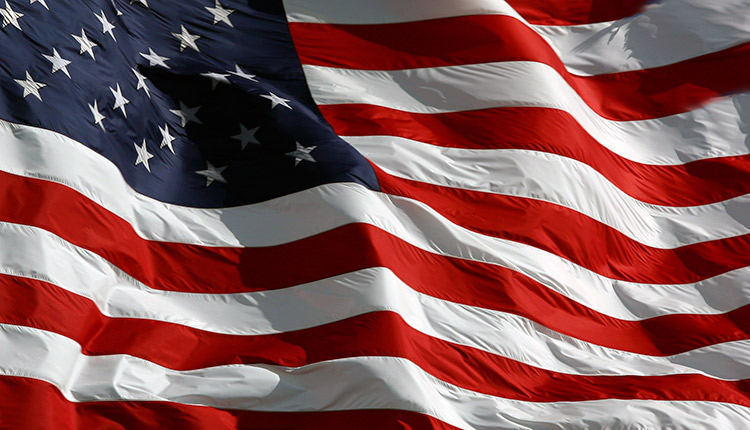 Francis Scott Key was a respected young lawyer living in Georgetown just west of where the modern day Key Bridge crosses the Potomac River (the house was torn down after years of neglect in 1947). He made his home there from 1804 to around 1833 with his wife Mary and their six sons and five daughters. At the time, Georgetown was a thriving town of 5,000 people just a few miles from the Capitol, the White House, and the Federal buildings of Washington.

In 1812, the United States went to war with Great Britain, primarily over freedom of the seas. We were in the right. For two years, we held off the British, even though we were still a rather weak country. Great Britain was in a life and death struggle with Napoleon. In fact, just as the United States declared war, Napoleon marched off to invade Russia. If he won, as everyone expected, he would control Europe, and Great Britain would be isolated. It was no time for her to be involved in an American war.

At first, our seamen proved better than the British. After we won a battle on Lake Erie in 1813, the American commander, Oliver Hazard Perry, sent the message “We have met the enemy, and they are ours.” However, the weight of the British navy beat down our ships, eventually. New England, hard-hit by a tightening blockade, threatened secession.

Meanwhile, Napoleon was beaten in Russia and, in 1814, was forced to abdicate. Great Britain now turned its attention to the United States, launching a three-pronged attack. The Northern prong was to come down Lake Champlain toward New York, and seize parts of New England. The Southern prong was to go up the Mississippi, take New Orleans and paralyze the West. The Central prong was to head for the Mid-Atlantic states, and then attack Baltimore, the greatest port South of New York. If Baltimore was taken, the nation, which still hugged the Atlantic coast, could be split in two. The fate of the United States, then, rested, to a large extent, on the success or failure of the Central prong.

The British had entered Chesapeake Bay on August 19th, 1814, and by the evening of the 24th of August, the British had invaded and captured Washington. They set fire to the Capitol and the White House, the flames visible 40 miles away in Baltimore.

President James Madison, his wife Dolly, and his Cabinet had already fled to a safer location. Such was their haste to leave that they had had to rip the Stuart portrait of George Washington from the walls without its frame!

A thunderstorm at dawn kept the fires from spreading. The next day more buildings were burned and again a thunderstorm dampened the fires. Having done their work the British troops returned to their ships in and around the Chesapeake Bay.

In the days following the attack on Washington, the American forces prepared for the assault on Baltimore (population 40,000) that they knew would come by both land and sea. Word soon reached Francis Scott Key that the British had carried off an elderly and much loved town physician of Upper Marlboro, Dr. William Beanes, and was being held on the British flagship TONNANT. The townsfolk feared that Dr. Beanes would be hanged. They asked Francis Scott Key for his help, and he agreed, and arranged to have Col. John Skinner, an American agent for prisoner exchange to accompany him.

On the morning of September 3rd, he and Col. Skinner set sail from Baltimore aboard a sloop flying a flag of truce approved by President Madison. On the 7th they found and boarded the TONNANT to confer with Gen. Ross and Adm. Alexander Cochrane. At first they refused to release Dr. Beanes. But Key and Skinner produced a pouch of letters written by wounded British prisoners praising the care they were receiving from the Americans, among them Dr. Beanes. The British officers relented but would not release the three Americans immediately because they had seen and heard too much of the preparations for the attack on Baltimore. They were placed under guard, first aboard the H.M.S. Surprise, then onto the sloop and forced to wait out the battle behind the British fleet.

Now let’s go back to the summer of 1813 for a moment. At the star-shaped Fort McHenry, the commander, Maj. George Armistead, asked for a flag so big that “the British would have no trouble seeing it from a distance”. Two officers, a Commodore and a General, were sent to the Baltimore home of Mary Young Pickersgill, a “maker of colours,” and commissioned the flag. Mary and her thirteen year old daughter Caroline, working in an upstairs front bedroom, used 400 yards of best quality wool bunting. They cut 15 stars that measured two feet from point to point. Eight red and seven white stripes, each two feet wide, were cut. Laying out the material on the malthouse floor of Claggett’s Brewery, a neighborhood establishment, the flag was sewn together. By August it was finished. It measured 30 by 42 feet and cost $405.90. The Baltimore Flag House, a museum, now occupies her premises, which were restored in 1953.

At 7 a.m. on the morning of September 13, 1814, the British bombardment began, and the flag was ready to meet the enemy. The bombardment continued for 25 hours, the British firing 1,500 bombshells that weighed as much as 220 pounds and carried lighted fuses that would supposedly cause it to explode when it reached its target. But they weren’t very dependable and often blew up in mid-air. From special small boats the British fired the new Congreve rockets that traced wobbly arcs of red flame across the sky. The Americans had sunk 22 vessels so a close approach by the British was not possible. That evening the cannonading stopped, but at about 1 a.m. on the 14th, the British fleet roared to life, lighting the rainy night sky with grotesque fireworks.

Key, Col. Skinner, and Dr. Beanes watched the battle with apprehension. They knew that as long as the shelling continued, Fort McHenry had not surrendered. But, long before daylight there came a sudden and mysterious silence. What the three Americans did not know was that the British land assault on Baltimore as well as the naval attack, had been abandoned. Judging Baltimore as being too costly a prize, the British officers ordered a retreat.

Waiting in the predawn darkness, Key waited for the sight that would end his anxiety; the joyous sight of Gen. Armistead’s great flag blowing in the breeze. When at last daylight came, the flag was still there!

Now that you know the story, here are the words. Presumably the old doctor is speaking. This is what he asks Key:

Oh! say, can you see, by the dawn’s early light,
What so proudly we hailed at the twilight’s last gleaming?
Whose broad stripes and bright stars, through the perilous fight,
O’er the ramparts we watched, were so gallantly streaming?
And the rocket’s red glare, the bombs bursting in air,
Gave proof thro’ the night that our flag was still there.
Oh! say, does that star-spangled banner yet wave,
O’er the land of the free and the home of the brave?

On the shore, dimly seen thro’ the mist of the deep,
Where the foe’s haughty host in dread silence reposes,
What is that which the breeze, o’er the towering steep.
As it fitfully blows, half conceals, half discloses?
Now it catches the gleam of the morning’s first beam,
In full glory reflected, now shines on the stream.
Tis the star-spangled banner. Oh! long may it wave,
O’er the land of the free and the home of the brave!

And where is that band who so vauntingly swore,
That the havoc of war and the battle’s confusion
A home and a country should leave us no more?
Their blood has washed out their foul footstep’s pollution.
No refuge could save the hireling and slave,
From the terror of flight, or the gloom of the grave,
And the star-spangled banner in triumph doth wave,
O’er the land of the free and the home of the brave.

Oh! Thus be it ever, when freemen shall stand,
Between their loved homes and the war’s desolation,
Blest with vict’ry and peace, may the Heav’n – rescued land,
Praise the Pow’r that hath made and preserved us a nation.
Then conquer we must, for our cause is just,
And this be our motto – “In God is our trust.”
And the star-spangled banner in triumph doth wave,
O’er the land of the free and the home of the brave.

Being an amateur poet and having been so uniquely inspired, Key began to write on the back of a letter he had in his pocket. Sailing back to Baltimore he composed more lines and in his lodgings at the Indian Queen Hotel he finished the poem. Judge J. H. Nicholson, his brother-in-law, took it to a printer and copies were circulated around Baltimore under the title “Defence of Fort M’Henry”. Two of these copies survive. It was printed in a newspaper for the first time in the Baltimore Patriot on September 20th,1814, then in papers as far away as Georgia and New Hampshire. To the verses was added a note “Tune: Anacreon in Heaven.” In October a Baltimore actor sang Key’s new song in a public performance and called it “The Star-Spangled Banner”.

Immediately popular, it remained just one of several patriotic airs until it was finally adopted as our national anthem on March 3, 1931. But the actual words were not included in the legal documents. Key himself had written several versions with slight variations so discrepancies in the exact wording still occur.

The flag, our beloved Star-Spangled Banner, went on view, for the first time after flying over Fort McHenry, on January 1st,1876 at the Old State House in Philadelphia for the nations’ Centennial celebration. It now resides in the Smithsonian Institution’s Museum of American History. An opaque curtain shields the now fragile flag from light and dust. The flag is exposed for viewing for a few moments once every hour during museum hours.

"Give Me Liberty Or Give Me Death"

The Bill of Rights